A positive move for property investment?

A positive move for property investment?

In October 2017, the UK's Communities Secretary Sajid Javid announced plans for "cheaper, faster and less stressful" home buying1, and the UK property market could be on the cusp of an overhaul as a result.

Much of the proposed restructure is in reaction to the government's survey of 2,000 homeowners who have bought or sold a home in the past two years. The results were published on 22 October 2017, revealing that 69% of sellers and 62% of buyers felt stress and worry as a result of the current process, while 46% of sellers expressed concern that their buyer may change their minds after putting in an offer2.

Proceedings are still currently in the research stages, with the government initiating an 'evidence' period set to end on 17 December3. Before the system can be overhauled, the government have sought out the views of buyers, sellers and industry experts on current housing laws. That includes gathering insight from professionals such as solicitors, mortgage lenders and estate agents, as well as those actually personally involved in the moving process. Once they have their findings, the government plans to use the responses to explore changes to the property purchase process in England and Wales.

An end to gazumping and gazundering?

The government's October report found that the practices of gazumping and gazundering are both significant drawbacks when it comes to property investment. Gazumping, where a buyer is outbid at the last minute, is still an issue after years of complaints. Gazundering is a fear for sellers, and is an example of the brinkmanship often associated with the moving process. It sees buyers lower their offer after a seller has accepted their initial bid – and often after they have taken the property off the market.

Today, buyers and sellers are well within their rights to change the terms of a sale, or indeed abandon sale right up until exchange of contracts4. While it could be somewhat radical, one option could be to move the point at which the sale becomes legally binding5.

According to the government statistics released this year, a million homes were bought and sold in England and Wales in 2016, but around a quarter of sales fell through. Indeed, according to government estimates, failed transactions account for a total of £270m lost each year6.

Could buying be sped up?

Another issue surrounding property buying could be the difference between the legal buying process in England and Wales, where it can take many months to complete a sale, and Scotland, where the purchase of a home without a mortgage can be completed in a matter of days7.

The Law Society's Conveyancing Protocol lists 70 steps8 that must be completed before a sale can go through. Yet it could only take one issue to delay the transaction, or even cause it to fall through completely.

According to the Government, ministers are therefore considering instigating time-frames, lock-in agreements and penalty fares for undue delays, designed to facilitate trust between buyer and seller, and to speed up the process. Digital solutions are also being explored to save time and money9.

If you're looking to invest in property, Citigold clients have access to industry expert advice, such as mortgage advisors, as part of their partnerships programme. Don't hesitate to ask your Relationship Manager for more information.

Population aging is often presented as a crisis for China. Instead, Citi analysts see immense opportunities amid the challenges. 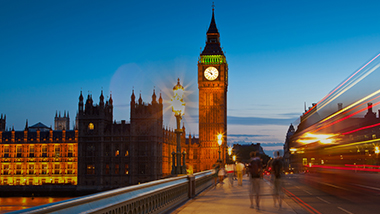 Brexit negotiations in the limelight

The UK has 'left' the European Union, but with less than 200 days until the end of the one-year transition period, what happens next?

Watch a replay of our webinar where we discuss the likely path of the negotiations and the impact to the markets.