Brexit in 2018: The expected impact of phase two on UK trade 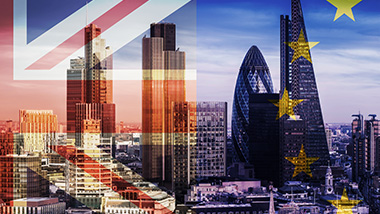 Proceeding into the second phase of Brexit, the UK now faces a two-year transitory period. As trade talks commence, Citi Analysts expect that phase two of negotiations will bring both highs and lows to a number of different markets – their predictions for the next 12 months are outlined below.

The economic and sectoral impact of phase two

Citi Analysts believe market performance will depend largely on the agreed import tariffs and regulations, as well as immigration laws of the UK and its trade partners – with further complications if a 'no-deal' Brexit is called. This risk is exacerbated by a divided Conservative party bringing the possibility of an early General Election.

Citi Analysts currently prefer GBP over USD, as the currency has shown a relatively robust performance throughout Brexit negotiations to date. Depending on the agreed trade deal, Pounds (GBP) could see a positive rise in the longer-term.

Accounting for 14% of Gross Value Added (GVA), highly regulated industries will likely face the greatest export hurdles, as well as extensive regulation and a more rigorous qualification system. Sector performance will also depend on the new immigration system, as it relies heavily on EU workers. The full impact of Brexit on financial services remains undetermined – the Bank of England recently revealed plans to allow European banks to trade as usual within the UK in the hope that similar policy may be granted in return1.

According to Citi research, these highly EU-trade intensive services account for 13% of the UK economy. World Trade Organisation rules would see all three facing the EU's external tariff framework, though these costs should be offset by exchange rate depreciation – in fact, the 18% depreciation seen since November 2015 could more than cover the penalty of a 'no-deal' situation. Sector regulation and Single Market rules also bring the possibility of new non-tariff barriers on imports and exports to the table.

Citi Analysts believe tradeable services such as tourism, areas of transportation, and a significant portion of information and telecommunication services should be directly unaffected by new external tariffs and regulation. Some exceptions include air travel, which could be upset via the Open Skies agreement, as well as immigration rules for the sector's EU employees. Even so, assuming that half of the business sector falls into this low-regulation category, at least 34% of UK GVA should be relatively unaffected.

Barring any unexpected shock, UK share prices look to be supported by higher earnings, strong balance sheets and reasonable valuations. However, Citi Analysts see better opportunities coupled with lower risk may be found in Europe ex-UK over the next 12 months. The current view is thus Overweight on Europe ex-UK stocks and Underweight on the UK.