Central Banks: Back to Easing, Yet Again 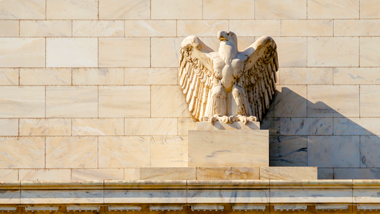 Both the US Federal Reserve (Fed) and European Central Bank (ECB) appear poised to ease monetary policy. Though the ECB left rates unchanged at its 25 July meeting, it left the door open to further policy measures with Citi analysts expecting a 10bp rate cut to bring the deposit rate to -0.5% and a resumption of QE come September.

Citi analysts expect the Fed to cut rates by 25bps on 31 July, followed by another 25bps cut in September. Monetary easing at the current junction, when growth and inflation disappointments have only been modest, should marginally boost asset values and brighten the global economic outlook. However it also reduces policy flexibility to deal with future crisis.

The Fed's 1998 rate cuts may be the closest comparison to its current signaling of relatively easier monetary policy as "insurance" against possibility of adverse events. Short-term interest rates were cut 75ps following a brief inversion in the US yield curve and weakness in emerging economies, staving off a US recession until early 2001.

Nonetheless, it should be noted that while central banks can diminish risks and mildly stimulate growth, they cannot offset external economic shocks. Trade policy risks are likely to resurface in 2H as Trump turns his focus on Europe and Japan's auto industry.

Leading indicators of global EPS growth suggest impending downward estimate revisions for late 2019 and 2020. It is unlikely that central banks will be able to engineer a quick and full recovery to justify current consensus estimates of 11% EPS growth for 2020. 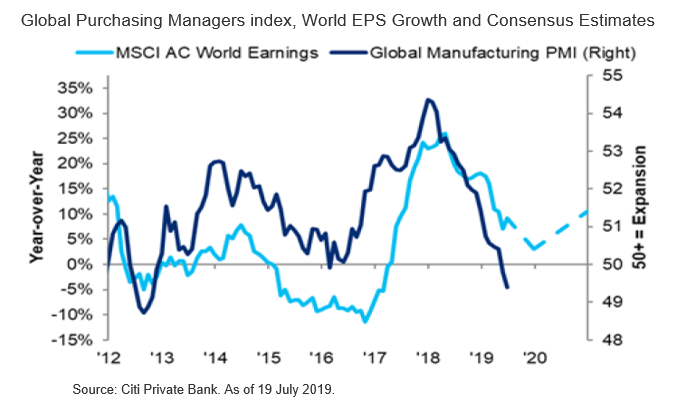 Potential kneejerk reactions: Should central bank policies fall short of expectations, markets may see a kneejerk reaction. The UK political situation also adds a further dimension of risk, with the IMF warning that a “no deal” Brexit may pose a severe threat to the world economy.