Feds recent rate cut has opened doors for Emerging Market (EM) central banks to do the same, without having to worry about FX instability and capital outflows. In addition, lower than expected CPI across the region provide greater policy flexibility.

The negative impact of US-China trade conflict is becoming more visible in the trade data of neighboring Asian economies. Export growth of South Korea, Hong Kong, Singapore, Indonesia and Thailand have been in contraction since the beginning of the year and worsened further in June. Countries with sharpest declines are likely to be earliest to ease. 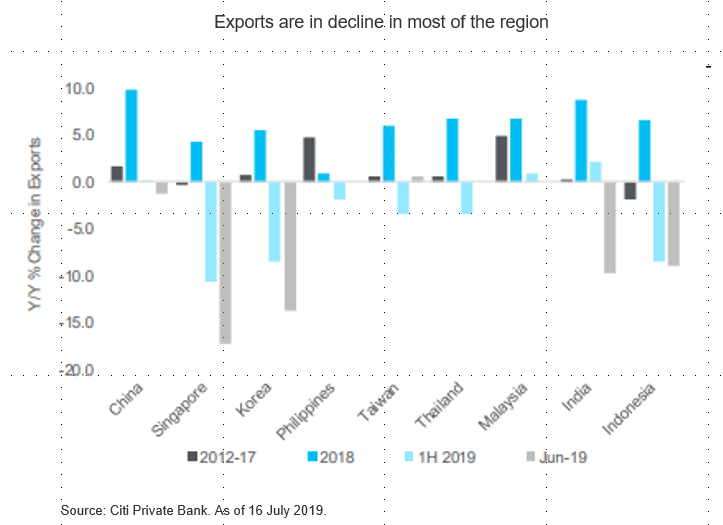 Past performance is no guarantee of future results, real results may vary.

Citi analysts believe that the easing bias by central banks globally makes for a relatively positive environment for both bonds and equities in Emerging Markets, as policy support takes place amid a lukewarm economy, and before asset bubbles are formed.

Keeping an Eye on Volatility

In the months ahead, occasional bouts of uncertainty and market volatility can be expected, with a potential re-emergence of COVID-19 cases, US-China relations and US elections among the top risks.