Markets Focus on Round One of the French Elections 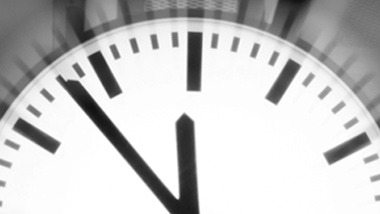 The euro gained overnight on reports that Macron (25%) is extending his lead over Le Pen (22%). Filon and Melenchon are both polling at 19%.

Citi analysts expect Macron and Le Pen to make it through round one of the French Presidential Election. With markets pricing around a 50% chance of this scenario, the outcome could still be potentially positive for the EUR, especially against the JPY and against the USD to a lesser extent. A Macron vs Fillon outcome would likely be more EUR positive. On the other hand, a Le Pen vs Melenchon outcome would probably be negative for the euro, given both candidate's anti-euro stance.

EUR: In the near term before the elections, the 1.0770 area offers initial resistance followed by 1.0840 and 1.0900. Should these levels hold, EUR's limited gains could be a signal to re-establish fresh shorts especially on the EURGBP cross. The pair is currently supported at 0.8310-30 but potentially targeting 0.8017.

CHF:USD/CHF is finding strong technical support at 0.9950. The CHF is likely to decline against both USD and EUR if Macron proceeds into round two of the French election.

USD: The USD's rebound in the New York trading session is largely due to renewed optimism about the Republican healthcare vote and signs of progress on tax reform. Comments from Fed member Kaplan on his expectations of 3 rate hikes for 2017 was also supportive of the dollar.

JPY: The EUR/USD is likely to be affected by the French Election on Sunday. Over in Japan, Bank of Japan (BoJ) governor, Kuroda repeated his concerns that a further strengthening of the Yen puts the BoJ's longer term inflation goal at risk. This potentially contributes to a stronger floor on USDJPY around the low 108.00s. Barring a negative outcome for the French election, the USDJPY is expected to head higher.

NZD: New Zealand's headline inflation reading for the quarter ending March rose 1.0% from the previous quarter, beating expectations of 0.8%. This is the strongest inflation reading 5 years. However, core inflation, minus food and energy, came in slightly weaker, at 1.5% YoY. Citi analysts expect higher inflation to be transitory and expect the Reserve Bank of New Zealand (RBNZ) to raise rates in 2018.

Strategy: AUD capped versus USD and to underperform on the crosses.

AUD & NZD: NZD/USD's high of 0.7045 post the strong inflation reading was short lived. Citi analysts warn that inflation gains may be transitory and are unlikely to cause the RBNZ to bring forward its tightening timetable from 2018. That said, NZD remains on track to continue outperforming the AUD. The AUDUSD is expected to hover around 0.7520/55, until Australia reports its Q1 inflation reading on April 25th.

CAD: The USD/CAD remains capped at 1.3565-1.3599, ahead of Canada's inflation report tonight. Historically, it has been difficult for the currency to break through these levels, which potentially presents the opportunity to establish more CAD longs against the AUD.

SGD: More positive data could shift the MAS guidance when it releases the Annual Report in July or when GDP forecasts are revised in August. In the interim, the technical picture warns of a reversal towards 1.4219-1.4323.