Potential risks to watch in the coming months 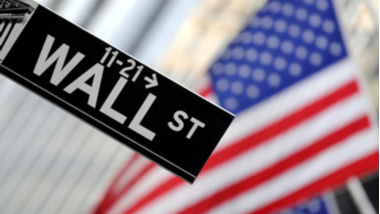 Potential risks to watch in the coming months

Trump policies, central bank tapering and the new Fed chair were key topics of conversation at Citigold's Autumn Outlook event held on 18 October 2017 at The Savoy Hotel London. Citi's Vidur Varma, Products and Advisory Director, spoke to a panel of financial experts, including Jeffrey Sacks, Director Investment Strategist for Citi EMEA, Matt Williams, Director and Product Strategist for BlackRock, and Luca Paolini, Chief Strategist for Pictet, to get their insights into the world of finance over the next 12 months.

All eyes on the new Fed chair

When asked what they thought the key risk for global markets over the coming year would be, the event audience vote was split equally between Trump policies and central bank tapering – both gained 33% of the total. Political risks in Europe also featured at 18%, with North Korean tensions coming in just behind at 17%. The panel of experts agreed generally with this sentiment, noting that a lot rested on the election of the new Fed chair.

Speaking in October when Trump was still assessing contenders to replace Janet Yellen, Sacks pointed out that the first two risks are fundamentally linked. "There are five candidates," he said. "All of whom are credible, but they're all quite different. There's a possibility, and this is where the risk lies, that they'll choose someone who's 180 degrees opposite in views to Janet Yellen." Sacks said that his main concern was the ambiguity behind the rate of normalisation for the Fed's $4 trillion balance sheet – an issue that should hopefully gain further clarity early next year. On 2 November, Trump nominated Jerome Powell to succeed Yellen when her term expires in February 2018.

Trump policies and the US

The conversation continued to look at the effect of future Trump policies on the US dollar – with general agreement that the risks can often be overstated. "I think what is interesting about Trump is that if you look back to November, everyone was very bullish," said Paolini. "But at the end of the day if you have a strong economy, strong earnings and low inflation, even Trump is not going to make a big difference."

Williams agreed, noting that the US Constitution "was designed to prevent mad king syndrome… There's a very big difference between what's on Twitter and what actually gets passed," he said. "A lot of the time people are reacting to what's happening on Twitter and, similar to the European political risks, there's normally quite a lot of hysteria." He went on to suggest that while there would obviously be some risk, it tends to be relatively short term – a fact that Citi Analysts have found to be true historically.

The upcoming Italian election was a key focus for the panel when the discussion turned to European equities. While political risk is elevated throughout Europe, Sacks pointed out that the bigger challenge would arise from policy making. "In Italy, we're going to have an election where the result will be almost certainly a weak coalition," he said. "Tough decisions, with regards to the bank sector in particular, are going to be challenging to agree upon. Will they be able to deal with that? We're sceptical. That for us is the larger risk."

However, Williams also noted that times of political uncertainty can often prove fruitful for the vigilant investor. "Political risk for us is normally a pretty good opportunity," he said. "Because you end up with markets panicking about things that don't impact earnings." Williams suggested that the secret is to look at individual stocks rather than the market as a whole – as even in Italy there will be individual sectors that do well over the next 12 months, whether due to or in spite of the election.

Read the panel's views on upcoming opportunities over the next 12 months – or if you'd like to discuss any of the topics raised at Citi's Autumn Outlook event, your Relationship Manager is always on hand to help.