In a move that has surprised the markets, UK Prime Minister Theresa May has announced a snap General Election in just 50 days' time to be held on the 8th June 2017. In the most recent polls from ComRes1 & YouGov2, the Conservatives came 21% ahead of Labour.

Mrs May said: "I have concluded the only way to guarantee certainty and security for years ahead is to hold this election."

There is a vote in the House of Commons on Wednesday to confirm Parliament's backing, which is expected to pass.

Why has May called a General Election now?

The current Labour leader Jeremy Corbyn has struggled with his own party support. After the EU Referendum on the 23rd June 2016, there had been calls for his resignation over the "disastrous campaign" according to Labour MP Angela Smith.

How have the markets reacted?

Ahead of the confirmation, the uncertainty surrounding the surprise speech weighed on Pounds (GBP), with GBP/USD trading to session lows of 1.25163 . The subsequent announcement of the snap election, has led to a significant rally for GBP/USD to a high of 1.26734 .

Citi Analyst's believe there is a tradeoff of a small near-term uncertainty; however this removes a good proportion of the uncertainty in two years' time on exit. If the General Election goes as planned (i.e. the Conservative's maintain a majority) this helps limit tail risk and is GBP positive in the long run.

The rebound in Pounds (GBP) has added to the session losses for the FTSE 100, with index down -1.57% (7,212.31)5 . As the index opened after a four day weekend for Easter, it fell as traders adjusted their positions towards safer haven assets to reflect the "risk off" environment from the recent geopolitical events. 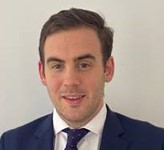 Implications of a Deteriorating US-China Relationship

Just as the world is straining to see the first light of dawn from this crisis, the conflict between the US and China was reignited. In the near term, there is likely to be more negative impact from trade conflict, as the excitement of initial recovery fades, and as economic tensions escalate to sovereign.