The impact of Brexit over the next year: What the experts predict 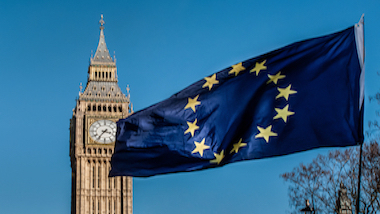 The impact of Brexit over the next year: What the experts predict

Along with the international impact of Donald Trump's policies and Italy's upcoming general election, the UK's political landscape was also widely discussed during the evening's event – and unsurprisingly the country's relationship with the European Union was high on the agenda. Indeed, 37% of the evening's guests predict a soft Brexit with a two-year transition period, as suggested by Theresa May back in September. Sacks generally agreed with this result, saying it will likely be a "soft, but chaotic" process.

The Brexit effect on UK assets

When asked which UK asset could offer the best return for the coming year, 49% of our guests saw value in large cap equities. While the panel agreed, Williams suggested that the grocery sector will continue to struggle – an industry that's had to factor in the depreciating Pounds (GBP), stiff competition from EU retailers and a cash-strapped population. According to the Guardian, German discount chains like Lidl and Aldi currently claim £1 out of every £81 spent in supermarkets, and this figure is set to rise with every upcoming store opening – especially given this is a time when many traditional UK stores are closing their doors.

Even in the case of a soft Brexit, the UK's food and farming industries could still be affected2. With countless legislations surrounding fisheries and agriculture still at risk, Brexit could see disruptions in UK food quality, price and choice.

The highs and lows of the GBP

When asked about the future value of the GBP against the dollar, many of the event's attendees (37%) thought that the Pounds (GBP) would weaken further. "I can see Pounds (GBP) going down in three months, but then it will rise", said Paolini, suggesting that the upcoming period should bring clarity to Britain's exit plan and would provide a boost. Despite a broadly negative sentiment towards GBP due to Brexit's unclear budgetary and judiciary conditions though, Citi's experts agreed with Paolini, having seen indications that GBP could in fact appreciate into the end of 2017. Ultimately though says Sacks, "Pounds (GBP) will not strengthen until we get a roadmap for the UK."

While the total cost of Brexit is still up for negotiation, May acknowledging a 'divorce bill' for the UK to pay certainly played a hand in unblocking stagnating negotiations. But with Britain set to leave the EU in March 2019, the next two to three years are likely to be volatile. Paolini also anticipates a general election to be called "very soon" – which could make the UK's political landscape even more volatile.

Investment in the face of political volatility

Though our panel agreed that continued political volatility is almost certain for the UK in the next twelve months, their advice was to use this to your advantage – where affordable entry prices can often be achieved. In fact, 45% of attendees had increased their investments during a period of volatility in 2016-17.

One way to possibly protect your investments from world events such as Brexit is to actively monitor your portfolio, and to explore new and different opportunities available. As well as protecting against financial volatility, a diverse portfolio could create a better return in the event of a sluggish market. As always, for any advice on the topics discussed, your Relationship Manager is on hand to help.