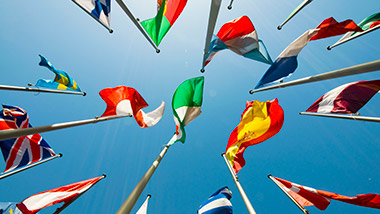 10. Volatility Index Spiked in August – The VIX rose as high as 24.81 on 5 August on escalated trade tensions and has hovered just below the 20 level since then. This though is not as high as December 2018 when global equities sold off 7.6% and the VIX reached 36.

9. Chinese Yuan Breached Key 7 Level – The yuan depreciated past the key 7 level against the USD on 5 August for the first time in more than a decade, in a sign Beijing might be willing to tolerate more currency weakness that could further inflame a trade conflict with the US.

7. Extended Brexit Uncertainty – Britain missed its 29 March deadline for leaving the European Union, as another year of Brexit turmoil led Prime Minister Theresa May to leave office on 7 June. Her successor Boris Johnson was forced to ask the EU to again push back the deadline to end January 2020 and called elections on 12 December in a bid to break the deadlock.

6. US Curve Inverted for First Time in 12 Years – The US Treasury yield curve temporarily inverted on 14 August for the first time since June 2007, sparking recessionary chatter in markets. The inversion - where shorter-dated borrowing costs are higher than longer ones - saw US 2-year note yields rise above the benchmark 10-year yield, which fell to 1.574%, the lowest since September 2016.

5. S&P 500 Hit Record High – S&P 500 Index closed at a record high of 3153.63 on 27 November amid renewed signs of progress in US/China trade talks and an upbeat assessment on the domestic economy from Fed Chairman Jerome Powell.

4. Fed Cut Key Rate for First Time in More Than a Decade – The Federal Reserve cut its interest rate in July for the first time in more than 10 years, and went on to further reduce rates by another 25bps in September and October respectively.

2. Oil Prices Jumped 15% in Record Trading After Attacks on Saudi Facilities – Oil prices ended nearly 15% higher on 16 September, with Brent seeing its biggest jump in 30 years. The rise came after two attacks on Saudi Arabian facilities knocked out about 5% of global supply.

1. Trade Tensions Extending Beyond China – On 2 December, the Trump administration announced to re-impose steel tariffs on Brazil and Argentina for devaluing their currencies. The US also said that it is considering tariffs of $2.4bn on French goods, in retaliation against French digital services tax on American tech giants and the US is considering similar actions against Italy, Turkey and Austria.