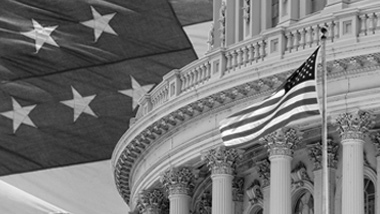 Claims that President Trump had attempted to interfere in an FBI investigation into former national security adviser Michael Flynn raised risk aversion across global markets yesterday. These claims follow earlier allegations that the President had leaked classified data to the Russians. The S&P 500 fell 1.8%, its biggest one-day fall since September, while the dollar declined to six-month lows. Safe haven assets including US Treasuries, gold and the Japanese Yen rallied.

Investors are concerned that long-drawn investigations will affect Trump's ability to deliver his economic agenda including tax cuts/reforms, infrastructure spending and regulatory changes. An impeachment cannot be ruled out if President Trump is found to have committed an impeachable offence. In this case, a special prosecutor, such as ex FBI director Robert S. Mueller III, who has just been appointed, can help the House decide if there is an impeachable offence. A special Congressional committee can also impeach the president.

The S&P500 has been trading at lofty valuations for some time and was sitting at the technically important level of 2400. Of late, investors have been focusing on different concerns such as mixed US economic data and slowing Chinese growth momentum. Given a lack of positive catalysts, it was probably not difficult for increased political uncertainty to tip the scales, leading the market to correct and affecting overall investor sentiment.

In the short term, it will be difficult to see any progress being made on either tax reform or deregulation while the White House is busy defending allegations of wrong doing by President Trump. This suggests that cyclical sectors such as Financials and Technology as well as the USD could face further headwinds in the near term. Citi analysts see prospects for the USD/JPY to head towards 108.50 – 109.50 if it breaks through 110.60. Meanwhile, the EUR/USD could move to the 1.1250 – 1.13 range.

While risk sentiment is likely to be dampened by political developments in the near term, economic fundamentals and earnings ultimately drive markets over the medium and long term. The key question is whether recent political developments in the US will derail the global growth momentum. The leading business and activity indicators that Citi analysts are monitoring suggest that global growth momentum remains intact for now.

Citi continues to recommend that investors have diversified portfolios that are designed to take advantage of market opportunities as well as help them ride through market corrections.

At the same time, potential downside risks to the US economy and geopolitical tensions suggest that bonds remain a key part of investors' portfolios. Citi analysts are modestly overweight US investment grade corporate bonds. Investors can also consider alternative solutions such as long-short strategies that can help dampen portfolio volatility and increase diversification.