The 45th President of the United States Donald Trump was inaugurated on Friday, with his populist-themed address focusing on protectionism, a manufacturing renaissance and revival of the military. The Presidential transition from Democrat Barack Obama, to Republican Trump was televised globally as the world (and markets) waited to see how the new administration would move forward.

Before his election and leading up to his inauguration, Trump broke with tradition with his communications strategy, choice of cabinet members and more recently, his choice of inauguration announcer. This potential signals what the future holds for investors.

Within hours of becoming US president, President Trump moved quickly to weaken the rules tied to Obamacare and halting new regulations in general. The incoming administration also posted a number of policy briefs on the White House website. These suggest that the incoming administration and 115th Congress may aggressively pursue the tenets of the Contract, including tax reform, repeal and replacement of Obamacare, deregulation, and the initiation of an “America-first” brand of foreign policy.

While Financial markets want political stability, but political change is disruptive. The US Dollar and equity markets had rallied since Trump became President-elect in the hope of fiscal stimulus, corporate and individual tax cuts and looser regulation from the new administration. However some of these trends have reversed in the last few days as markets question the potential policy changes. While the changing political landscape can create investment opportunities for investors, Citi analyst expect that there will also be periods of market volatility in the days ahead. 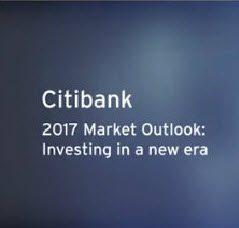