Do the benefits of education outweigh the cost? 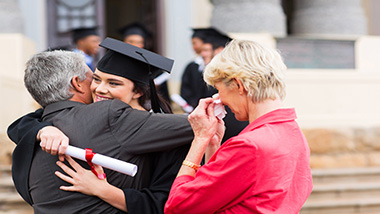 Since the dramatic tripling of university fees in Britain in 2012, there has been much debate about whether tertiary education is worth the cost. 2017 higher education applications were down 5% in the UK, and the modern workplace is making it increasingly easy to earn a living without a degree. So do the benefits of education really outweigh the costs?

In this video, Paul Hodes, Head of Consumer Bank Wealth Management at Citibank, speaks to Thomas Singlehurst, Head of European Media Research in the UK. Their topic was Citi's recent report: Education: Back to basics. Is education fit for the future?

The cost of education

Across the world, higher education now comes at a significant cost. In the US, a degree has risen to over $400,000. In the UK, the £9,000 annual tuition fee along with living costs means that students face an average of £53,000 of debt by graduation – which, coupled with interest, means a single debt can hit £100,000 before the 30-year write-off rule comes into play. The UK is currently in around £70bn of student debt as a result – so how does a traditional education come into play in a world where you can earn thousands of pounds by simply posting a video to YouTube?

"Even at that cost for most degrees, the investment is worth it in terms of the return" said Singlehurst. "Every incremental percentage point of literacy drives 2.5% increase in productivity, and 1% increase in long term economic growth based on OECD data. So education is good for economies. For individuals who have a tertiary education, we can show once again using OECD data [that] significantly higher earning power for individuals if they undertake tertiary education."

Paul Hodes agreed that while an increase in salary was one obvious benefit of further education, a university degree was also a crucial benefit to society as a whole: "there is a direct correlation and causality on education to driving global economy."

"Governments get higher tax receipts," Singlehurst continued. "And I suppose this is the most important point, you end up with better benefits for society at large." He suggested that the benefits of a university education include higher levels of life satisfaction, improved health and social mobility, as well as a life expectancy eight years longer than for those without a degree.

The conversation concluded that while the fees are significant and require a degree of financial planning, the benefits of education outweigh the costs. "So parents really have to plan to be able to afford that level of cost," said Hodes. By preparing for your child's education early, you can set them up to avoid the heady fees that come with student loans.

With the correct amount of forward planning, a university degree should be an attainable cost for any family. Find out more about the future of education by reading our article on the rise of online learning, or read our insights into how to set your child up for success. To discuss any of the issues covered in this video further, your Relationship Manager is always on hand to help.